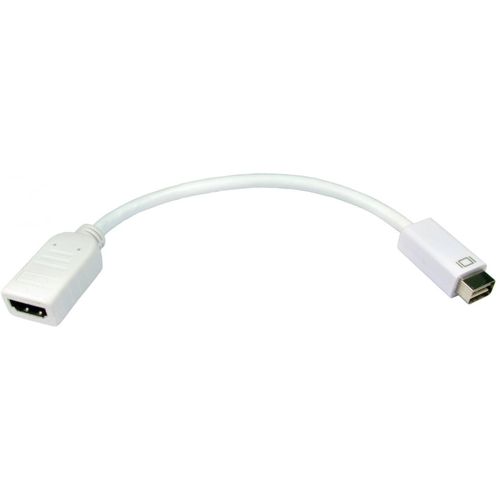 The mini DVI connector is was used on Apple computers before 2009. During 2008 to 2009, Apple announced they would be phasing out mini DVI on their computers and using mini DisplayPort.

Great team. Willing to fit boards around the needs of our timetable. Would recommend them.

Very accomodating for the difficult conditions and restrictions that they had to work in. Friendly, knowledgeable and helpful.

We had a problem with a set of headphones and Crusader were very proactive in addressing problem to our complete satisfaction. Very happ...

Very prompt, professional and competitive service. I was kept informed at all times. The customer service was fantastic. Highly recommend...

We could not be happier with the service from Crusader AV - prompt, efficient and polite! Communication excellent and goods packaged perf...

Andy and the team recently did some work for us a part of an ongoing project. They were punctual, really efficient and helpful in showing...

Crusader were very helpful when I had a stupid question and the price was very reasonable. My new hi-viz keyboard is just the thing for ...

Extremely grateful for the service the Crusader team provided us. The two gentlemen that came to fit our screen at our School were absol...

My two sons have destroyed countless sets of headphones. So I Googled indestructible headphones and bought a pair each for them from Crus...